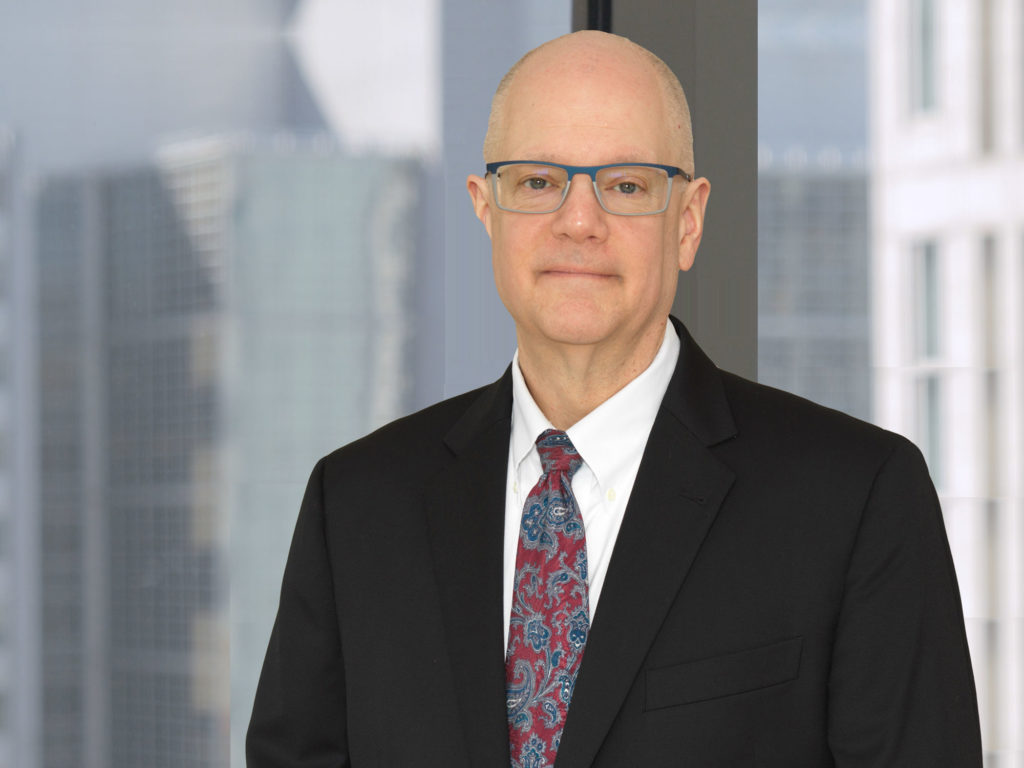 Mr. Dunham is a Partner in our firm.  He has over twenty-five years’ experience securing, enforcing, and defending Intellectual Property rights in Federal District Courts, in appeals before the Federal Circuit, and in petitions to the U.S. Supreme Court.  He has also obtained patents for clients and has handled numerous Inter Partes Review proceedings.

Prior to practicing law, Mr. Dunham was a staff engineer for a major U.S. technology company working on complex, advanced hardware/software systems. His experience in industry and as an engineer gives him unique insight in assisting companies with Intellectual Property matters. Moreso, his knowledge of how companies develop technology and how engineering initiatives fit into overall company strategies enables him to accurately assess IP needs and to develop innovative solutions that complement company objectives.

Outside of the office, Mr. Dunham enjoys fishing, photography, and all things outdoors.  He is also a licensed pilot and he continues to work on additional ratings.

Obtained dismissal on the pleadings for a major telecommunications company in District Court litigation by asserting an unpatentability challenge against four patents under the Alice doctrine.

Obtained a voluntary dismissal with prejudice from the opposing party for a major computer company following a successful Markman claim construction decision, obviating the need for further litigation.

Obtained a voluntary dismissal with prejudice from a major patent enforcer by demonstrating limited sales of client in relevant technology space.

Obtained a voluntary dismissal with prejudice from the opposing party for a Midwest family-held company based on invalidity arguments presented to opposing counsel.

Successfully asserted a portfolio of patents and trade secrets against a company resulting in the cessation of operations and return of all IP assets to the client.

Negotiated numerous favorable licenses both inside and outside of mediation processes.

Mr. Dunham has also represented numerous pro bono clients in the IP space.  Recently, Mr. Dunham secured a patent for a micro-startup on innovative wireless update technology. Additionally, Mr. Dunham obtained patent protection for an individual inventor on an apparatus to assist parents with their children.

U.S. Court of Appeals for the Federal Circuit

U.S. District Court for the Eastern District of Texas

U.S. District Court for the Western District of Texas

U.S. District Court for the District of Colorado