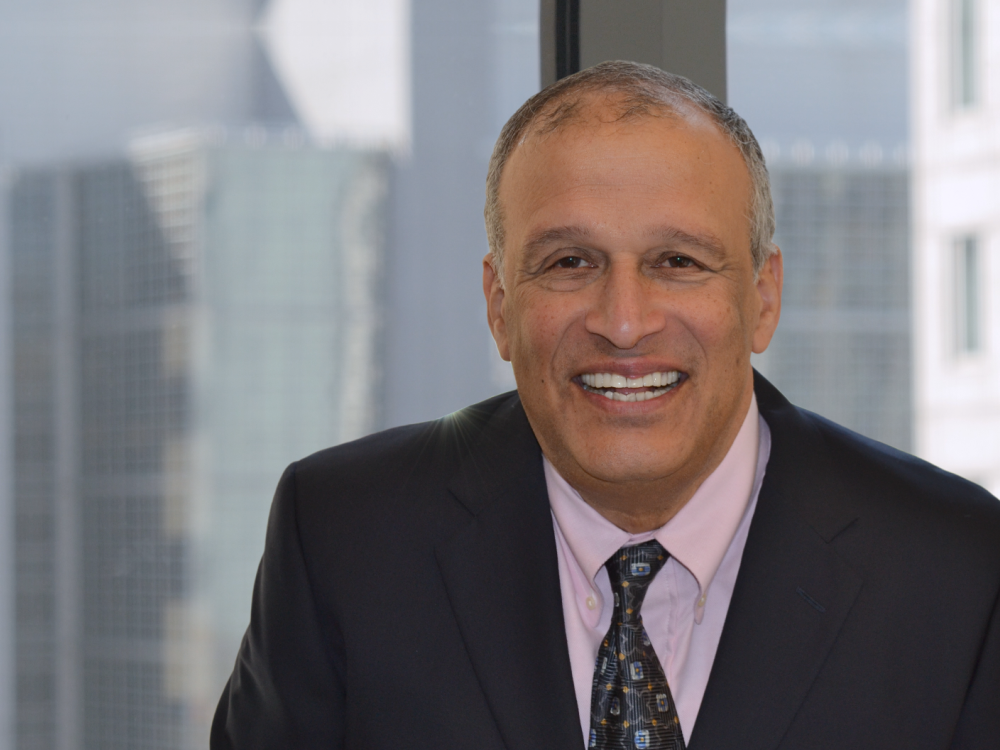 Mr. Cherian is the Founding Partner of Cherian LLP. He focuses his practice on complex intellectual property litigation and licensing.  He has litigated dozens of complex patent cases before the Federal district courts, the Court of Appeals for the Federal Circuit, and the ITC.  He has handled numerous cases in many leading patent jurisdictions throughout the U.S.

Mr. Cherian has served as lead counsel in numerous patent trials. His strong background in electrical engineering enables him to work with and master the advanced technologies, at issue in these complex matters, including integrated circuit technologies, software systems, computer electronics, and mechanical devices.  Mr. Cherian also assists clients in all aspects of intellectual property licensing.

Prior to his legal career, Mr. Cherian was involved in managing an advanced Research and Development Program in the U.S. Department of Energy.  He was the Project Manager for the world’s then largest solar electric plant, the IOMWe Solar One Power Plant.

Chrimar Systems, Inc. v. Foundry Networks, Inc.  Represented Brocade Communications (acquired Foundry Networks, Inc.) against Chrimar Systems in the Eastern District of Michigan.  The matter involved allegations of patent infringement by Foundry’s incorporation of the “Power-Over-Ethernet” industry standard.  (Chrimar had also separately sued all the other major players in the router and switch industry, including Cisco Systems and D-Link, and had successfully extracted settlements from each.) Foundry fought to invalidate the asserted claims and after seven years of protracted litigation, we won summary judgement of patent invalidity based upon obviousness of the asserted claim, and the claim was dismissed. Chrimar appealed but the Federal Circuit summarily affirmed the lower case.

Berkeley Heartlab, Inc. v. The Regents of the University of California.  Represented defendant in litigation involving biotech contract and patent licensing litigation; the claim was dismissed on very favorable terms.

Micron Semiconductor, Inc. v. Hyundai, et al.  Represented a respondent in a patent infringement action involving anisotropic plasma etching of semiconductors.  The trial spanned four weeks, during which officials from many Silicon Valley companies appeared to testify in the Hyundai’s case-in-chief.  The matter was settled prior to a written decision from the administrative law judge.

U.S. District Court for the Central District of California

U.S. District Court for the Southern District of California

U.S. District Court for the Northern District of California

U.S. District Court for the Eastern District of Michigan

U.S. District Court for the Middle District of Tennessee

U.S. District Court for the Eastern District of Texas

U.S. Court of Appeals for the Federal Circuit

U.S. Court of Appeals for the Ninth Circuit